Sorry, we didn't find any relevant articles for you.

Please fill out the contact form below and we will reply as soon as possible.

How do roles and permissions work?

Support Home Account administration How do roles and permissions work?

Implio features a granular permission model with preset roles controlling which parts of Implio users are able to access, and what actions they are able to perform.

Roles are set at a per-team level. Users who are part of multiple teams may have different roles for each team.

The initial user creating a new Implio team is the team Admin and can perform any action, including manage team members.

The table below indicates the actions each role is able to perform:

Setting roles for your team members

Only users with Admin role can access this section and manage users.

Setting the role of a new team member

When inviting a user to join Implio, a role has to be assigned to this new user: 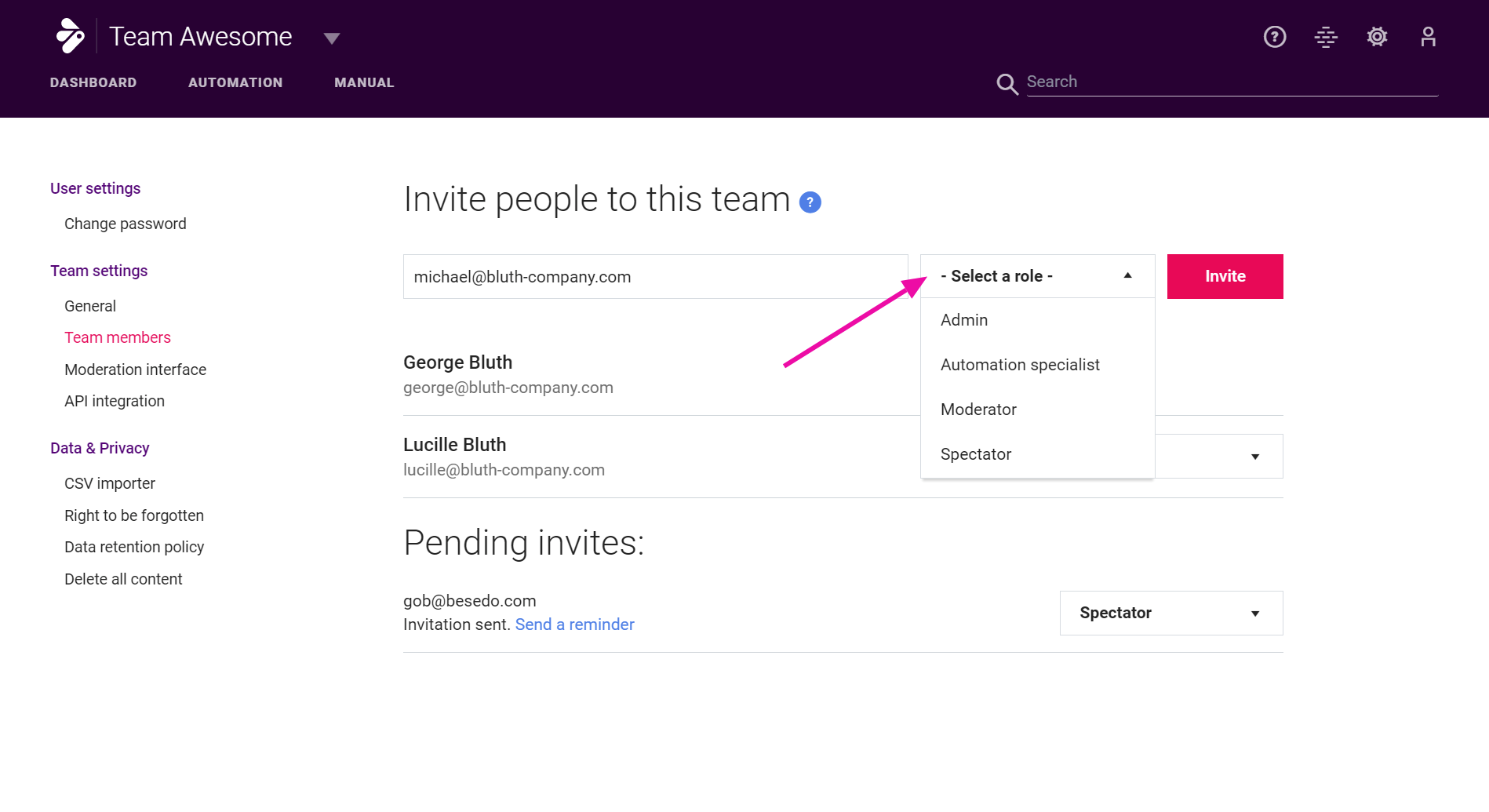 Changing the role of an existing team member

The role of an existing team member can be changed at any time by selecting a new value in the drop-down menu: 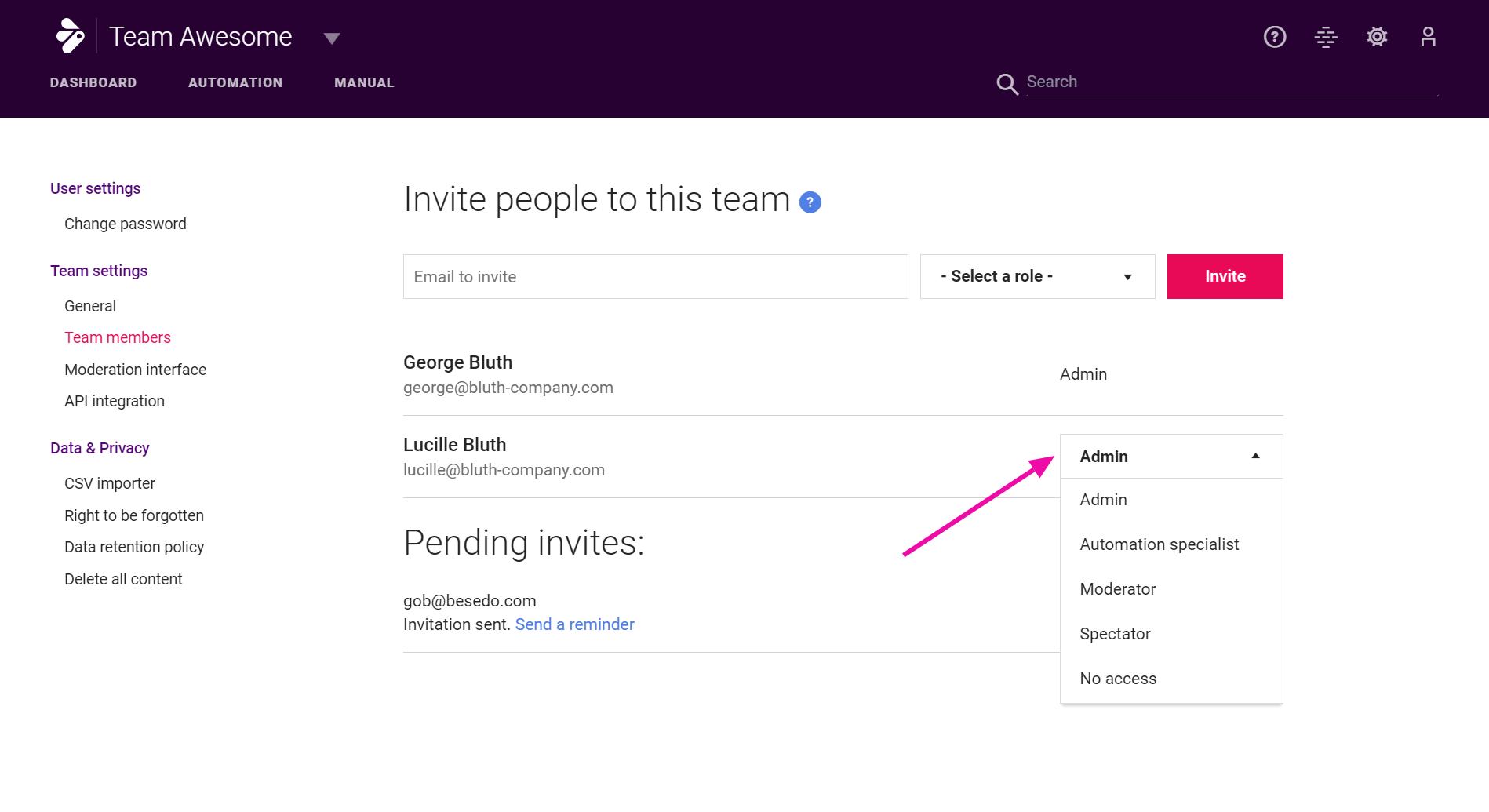 Access to a team can be revoked at any time by change the user's role to No access: 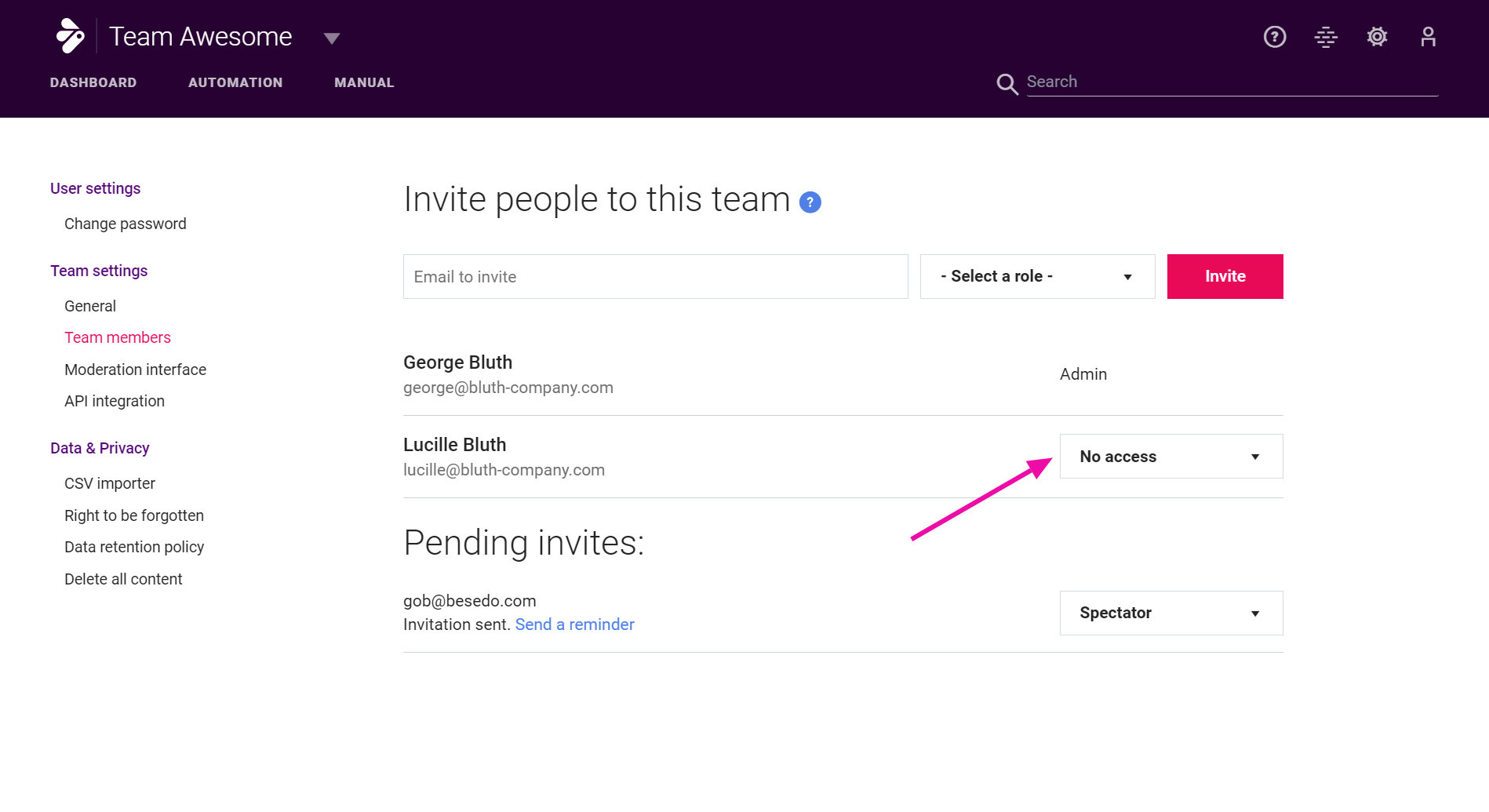 This will prevent further access to the team. Note that users disabled in a team will still be able to access other teams they are part unless their access has also been revoked there.

This operation can be reverted by picking a new role for the user, allowing team access to be temporarily suspended.

Access can also be changed or revoked for users who have been invited but have not confirmed the invitation yet: 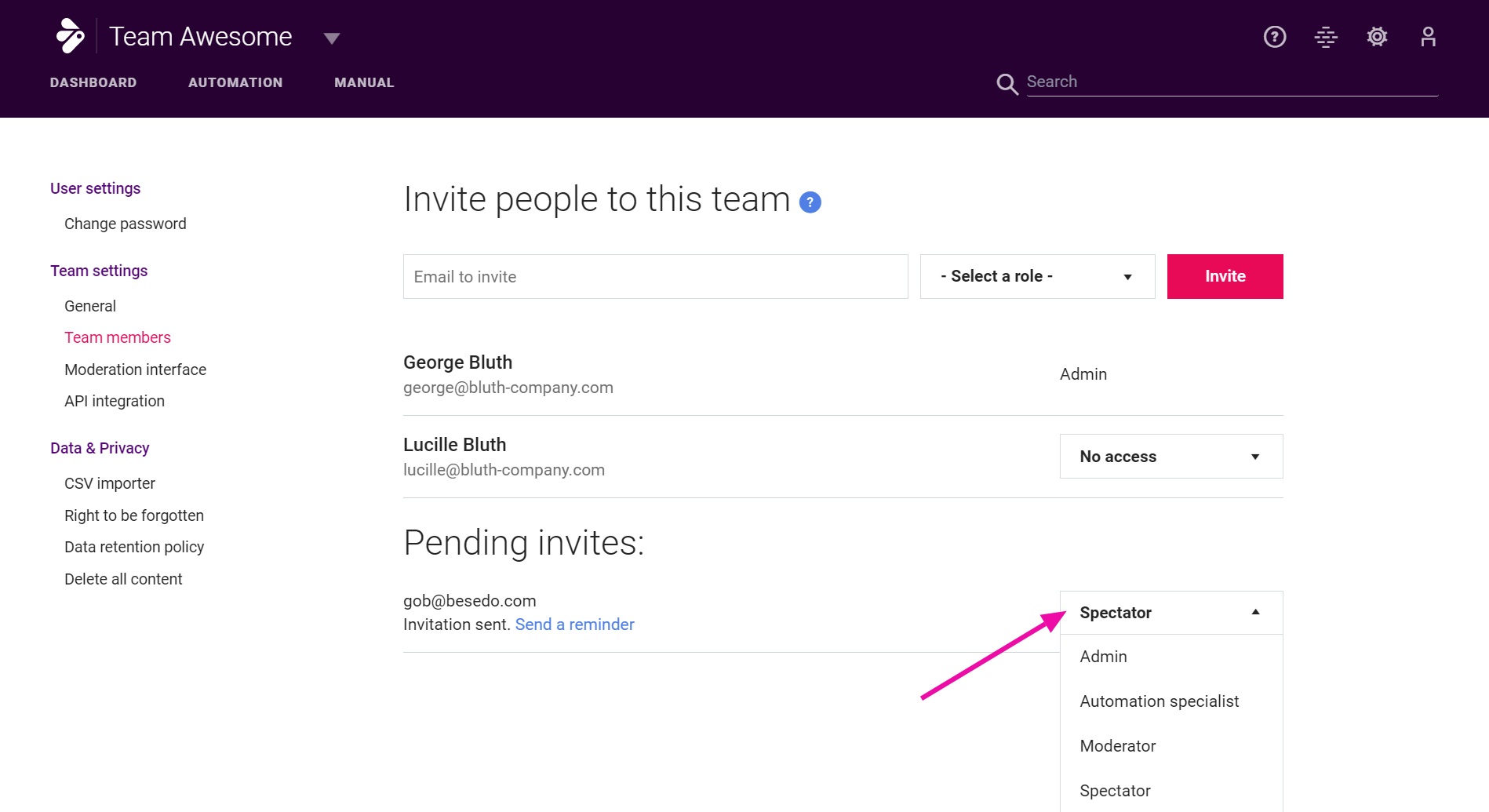 Can’t find what you’re looking for?

Our customer care team is here for you.